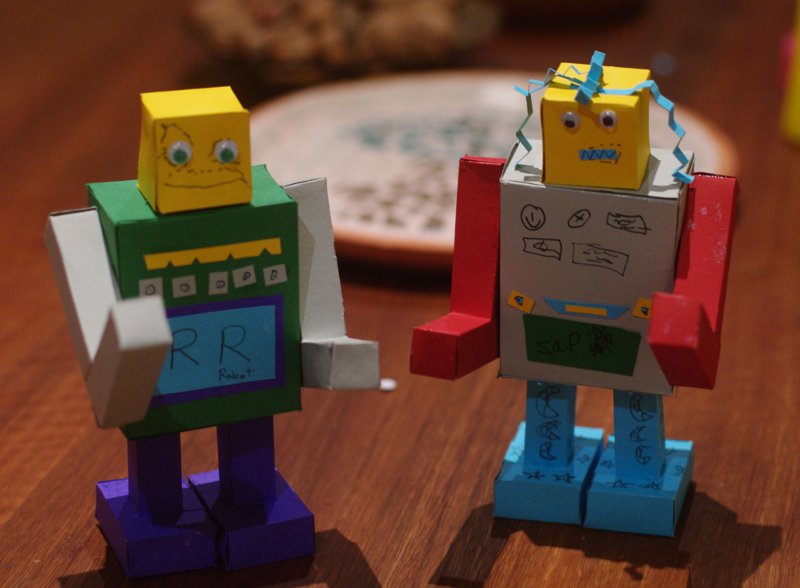 MIT’s Julie Shah was named one of MIT Technology Review’s 35 Innovators Under 35 in 2014.  In an interview with Will Knight, Shah discusses the possibility of collaboration between human robots:

“In factories there are usually physical barriers between people and robots. Originally, this was for safety—industrial robots were unwieldy and unyielding. Although robots are increasingly designed to safely share human work spaces, even in these settings, people do one set of jobs and robots do another.

Imagine if robots could be truly collaborative partners, able to anticipate and adapt to the needs of their human teammates. Such robots could greatly extend productivity. That possibility is really exciting to me.”

Shah is working companies including BMW, Boeing, and Embraer to develop robots that can interact intelligently with human co-workers.

“If you can develop a robot that’s capable of integrating into the human part of the factory-if it just has a little bit of decision-making ability, a little bit of flexibility- that opens up a new type of manufacturing process more generally.”

Research conducted by Shah has found that teams made up of humans and robots collaborating efficiently can be more productive than teams made of either humans or robots alone.  Shah’s experiments have shown that the collaborative process reduced human idle time by 85%.  Additionally, Shah found that workers seem to be comfortable with the idea of robotic coworkers.

Are you ready for a robot to join your team?  What are your thoughts on teams made up of humans and robots?