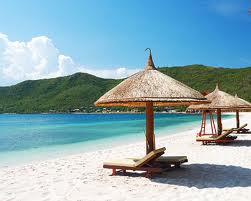 Vacations are going the way of the dinosaur.  I say – bring the vacation back.

Harris Interactive reports that people like the idea of more time off.  Specifically, 50 percent of workers who receive paid vacation time in the top 10 cities in the US say they would be willing to sacrifice a workplace benefit for more paid time off.  Ironically, although employees say they want more time off, 57 percent don’t take off the time they already receive.  In fact, each year there are 175 million vacation days which American workers are entitled to which are not taken.

So what about that vacation?

Those who do actually use their time off don’t spend the time unplugged.  A recent survey by Pertino found that 59 percent of Americans regularly work, check email, take a phone call, and do other work related tasks while on vacation.  Surprisingly, 47 percent of those surveyed reported that they are less stressed on vacation if they can stay connected to the office.

Are you one of the 36 percent who are conducting business from the beach?

The reality is that taking a true vacation is important to both physical and mental health.  Taking time off is better for work performance and productivity.  For example, a 2011 Harvard Medical School study found that sleep deprivation costs American companies $63.2 billion a year in lost productivity.  Ernst & Young offers another example.  In 2006 the company conducted an internal study of its employees and found that for each additional 10 hours of vacation employees took, their year-end performance ratings from supervisors (on a scale of one to five) improved by 8 percent. What’s more – retention rates were significantly higher among vacationers.

Security is another reason why employers encourage employees to unplug while on vacation.  The Pertino survey found that 77 percent of those who work on their vacation do not have access to their office network.  Because of this employees use unsanctioned or unsecured cloud services (32 percent) and/or bring their work computers and files with them on vacation (35 percent).  Public Wi-Fi hotspots are commonly used by vacationers, creating an opportunity for data, credentials, etc. to be stolen.

Vacations, true vacations, are endangered.  Let’s work to bring them back.