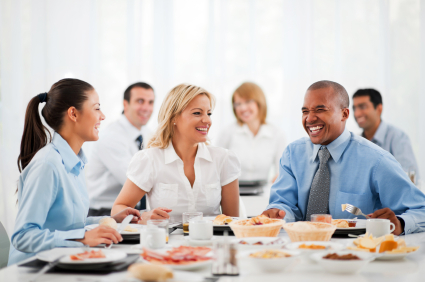 Recently a friend left her job for a new job that offered more money, a better title, and exciting work. She spent much of the last days at her job feeling excited about her new prospect, but something in her was unsettled. She had spent much of the last decade at her job forming and fostering incredibly close friendships. She’s the kind of person who skips over the small talk and digs into the meat of someone’s life fairly quickly. The level of her friendships at work was most likely what was keeping here there for so many years. Leaving felt like a huge loss, even though she had so much to gain at her next job.

According to the Deloitte Global Human Capital Trends 2015 report, the first of the six “key findings” is that “softer” areas such as “culture and engagement, leadership and development have become urgent priorities.” Half of those surveyed said that culture and engagement were important to them. Companies who have an engaged workforce can boast up to 147% higher earnings per share.

A study conducted by Dr. Vanessa Boute at Plasticity Labs, confirms previous findings about the tie between valuing co-workers and job satisfaction. The study of over 450 employees showed that those who listed their co-workers as one of their top five things they’re grateful for were more satisfied and more engaged. According to the report, “people who value their co-workers are also more grateful and happy.”

We know there’s a connection between friendship and satisfaction, but how do we get people truly engaged with one another in the workplace? My friend, who likes to skip small talk and go straight to in-depth conversation, may be on to something.

According to several studies, people can form deep connections within an hour. One researcher, Arthur Aron, of State University of New York at Stony Brook, has been exploring interpersonal closeness for decades. He found that the kinds of questions you ask can make all the difference. If you ask superficial questions, in the way of small talk, bonds won’t be formed easily or quickly, however if you ask more meaningful questions people feel connected quite quickly. Rather than asking, “How did you spend your vacation?,” a question such as “What would constitute a perfect day for you and why?” will bring about more self-disclosure and more of a feeling of connectedness.

Allowing time in the workplace for employees to connect is critical to friendship development. These days many workplaces are dreary hives of fast production. Encourage mid-day group walks or lunches, and after-work outings. Plan staff development retreats and allow time and space for people to connect. When people have friends at work they will work harder in the end. The time a walk or lunch takes will come back to you and the company in the form of superb work and dedication. Think of that walk as an investment in the company’s future. People may not mind letting down a colleague, but they often mind letting down a friend.