What you need to know about social media ROI 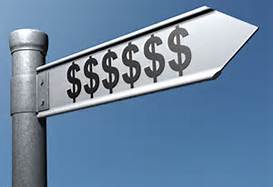 Turning to an example, SFJ Material Handling Equipment, a family-owned company established in 1979, is the largest stocking distributor of new and used material handling equipment in the United States.  The company has more than 53,000 followers on Twitter (and is gaining 200 to 400 followers per week), more than 38,000 Facebook likes, and has more than 2,000 Google+ followers.  The company reports that nearly 20 percent of their website traffic is driven by social media.  Stafford Sterner, President, notes “If you’re trying to reach out to totally new markets, then you might want to do Facebook and Twitter.  If you’re comfortable building that relationship with people or companies you’re close to, then it’s LinkedIn.”

Another example is that of Kinaxis, a supply chain management company.  Kinaxis launched an online social media campaign with the objective of doubling leads and web traffic numbers.  The campaign included two online comedy series (Suitemates and The Late Late Supply Chain Show) and the launch of the company’s 21st Supply Chain Blog.  The campaign was successful–web traffic increased by 2.7 times and leads increased by 3.2 times.

When executed correctly, your company can realize a positive ROI on your investment in social media.

Not participating in social media is a mistake your company can not afford to make.