When change is bad for business 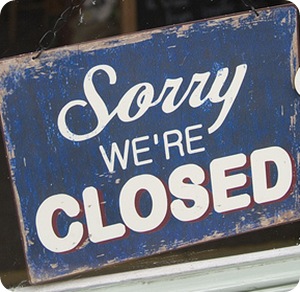 The phrase “If it ain’t broke, don’t fix it” is often attributed to Thomas Bertram Lance, businessman and Director of the Office of Management and Budget under President Jimmy Carter. He was quoted in the May 1977 issue of the magazine Nation’s Business, though the sentiment feels as old as human existence. If something is working, and has always worked, then why change it? There are many adages along the same lines: leave well enough alone, never change a running system, don’t change a winning team.

True, humans are always evolving, but we also like consistency and stability. In his book Handbook of Contemporary Economics, Morris Altman wrote, “Without some stability over at least the short term, it is hard to conceive of humans engaging in sustained goal-oriented activity.” Change, adaptability, and flexibility, especially in business culture and lore, have turned from buzzwords to commandments. There are some things, though, that don’t require change. Assess whether change is necessary, rather than assuming it is because it’s socially and commercially popular. Ask:

If the answer to these questions is yes, then why change? According to Harvard Business Review change could alienate your base, confuse people, damage your brand, and lose you money. Cadbury and its parent company, Kraft, are experiencing intense backlash due to a change in the Cadbury Creme Egg recipe. People are protesting, writing letters, posting negative comments online, and accusing the company of “ruining Easter.” We’ve seen this before. According to TIME’s article on the top 10 bad beverage ideas, “April 23, 1985, stands as one of the most significant dates in business history — the date the 99-year-old Coca-Cola company announced it was scrapping its original soda formula for a newer, sweeter version.” This change brought with it over 40,000 letters of protest, not to mention the bad press. Within three months the original soda formula, Coca-Cola “classic”, was back and met with an incredibly positive reception.

Some companies opt for a subtler approach to change by expanding its traditional offering. Instead of changing the successful product line for women, Dove expanded into the male market, creating Dove Men+Care, while still adhering to their public image and mission of creating personal care products that support natural health and realistic beauty.

The Harvard Business Review lists Brooks Brothers as a company that successfully found new opportunities without changing its values, “Instead of simply sticking to selling classic clothing, and waiting for outside catalysts (such as the popularity of the fashion in the television show Mad Men) to increase its popularity, the chain innovated around the edges by offering more fashionable accessories — shoes, belts, bags and the like — while leaving its core basically unchanged.” Capitalizing on this opportunity did not drive customers away because Brooks Brothers’ base products remained.

Remember that change has a cost. Are your consumers willing to pay the cost, especially if they didn’t require the change in the first place? Will your partners in the supply chain be willing to do business with you if the change you implement doesn’t suit them or benefit them? Think about some of the elements, for example, of a brand change:

Things such as graphic design, business cards, letterhead, social media, advertising, re-launch, etc. all require real time and money. You must assess if your change will reap real, solid benefits. You don’t want to expend the effort, time, and money to change if you don’t have to, especially if it requires reversing the change or worse, killing your business.