Why you need to work less and digitally disconnect 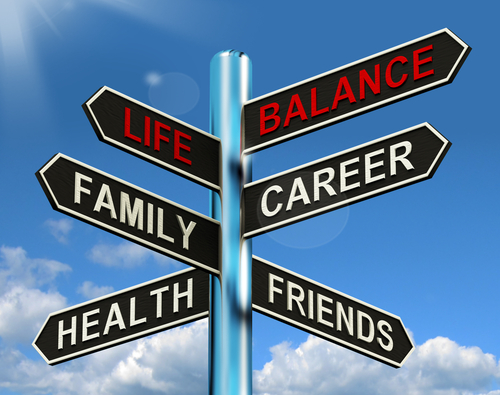 It’s true.  You need to work less and stop checking your emails.

Somewhere in California, in the middle of the Redwood Forest, lies Camp Grounded. The school bus on which campers arrive comes alive on weekends with the activity of its new passengers – sing-alongs, face painting, snacks. Undoubtedly that energy is driven by the excitement of what the imminent camp experience will hold. The small cabins, which serve as the home base for campers to rest with their bunkmates in between sessions of arts and crafts, archery, and campfires, are nostalgic throwbacks to the 1930s American camp experience. The camp owners, indeed aiming to recall a slower, simpler time, have built the 2,000 acre camp to offer all the typical activities and (lack of) amenities you’d expect from a secluded camp.

What you might not be able to immediately discern about this camp, though, is that it caters exclusively to adults. That’s right, campers range in age from 19 to 72. The other most striking feature of Camp Grounded is their policy on digital technology; it is strictly prohibited.

Why are these people giving up their laptops, cellphones, tablets? What would make a grown person want to digitally disconnect from the world? Turns out, quite a few things.

A 2014 Gallup poll reported that the average workweek now clocks in at 47 hours a week. And troublingly, nearly four in ten Americans are working at least 50 hours a week. It’s not a far jump to conclude that advancements in digital technology have made it difficult for workers to set firm time parameters for job-related responsibilities. It certainly fits with Pew Research Center’s finding that 61% and 54% believe email and the internet, respectively, to be “very important” in doing their work. The lack of conventional parameters and the pervasive ability for workers to access tools of productivity outside standard work hours has some startling implications for the state of the American workforce and might just explain why adult campers are flocking to Camp Grounded in droves.

A University of Massachusetts study revealed workers who routinely work long hours are thought be at risk for numerous physical conditions including high blood pressure, diabetes, chronic infections, and even death. Research has also linked that those who spend four or more hours sitting per day to a 125% increase in heart disease risk, even when controlling for diet and exercise. Another study, in which the University College in London found that long work hours can double the risk of depression, shows the emotional health of workers who log long hours suffers too. Alarmingly, a high number of work hours are also correlated with increased risk of workplace accidents. A National Institutes of Health report states that working at least 60 hours per week increases a worker’s likelihood of injury by 23%.

Workers are stressed as a result of not setting firm work-life boundaries.

Many of the health concerns presented by employees working protracted hours are stress-based diseases and illnesses. Stress can be characterized by a cyclical progression; the cycle of poor performance and impaired decision making, brought on by illness, sluggishness and decreased productivity, can all exacerbate stress. Furthermore, working long hours away from home can cause familial stress since, often times, one spouse shoulders the burden of unequally spilt household tasks and child rearing responsibilities. For businesses, the bad news about stress is just as alarming. Between 5% to 8% of all annual healthcare-related costs are stress-related – passed on to employers to the tune of $180 billion each year.

The more hours employees work, the less productive they are.

Probably a universal experience for office employees is the dazed feeling that comes after spending an extended amount of time working in front of a computer screen. The eyes tend to gloss over, the back becomes stiff, and the mind goes a little fuzzy. The evolution of the modern workweek notwithstanding, it’s interesting to note that logging long hours doesn’t make employees more productive. In fact, it can have the opposite effect. The Economist wrote a piece in 2013 which concluded “with higher working hours, labor output per hour fell.” Meaning, the correlation between working more hours and being more productive simply doesn’t exist. Taxing the mind and body with work for extended periods of time leaves employees tired, sluggish, and unproductive.

Despite all the aforementioned negative consequences employees are willing to endure in order to work long hours, there’s really little employees or employers are getting in return. That’s because, for all the extra hours workers are putting in, it actually drives disengagement. Left wholly left unchecked, the culmination of issues arising from an unbalanced work-home life can increase absenteeism and turnover. Simply put, employees logging long hours are significantly more prone to burnout.

After being presented with the destructive effects clocking long hours can have on our bodies, relationships, and careers, revisiting the issue of a voluntary digital detox seems like a virtuous approach to our constant connectedness. But you don’t have to shell out hundreds of dollars in order to reap the benefits (device-free! no j-o-b talk!) Camp Grounded offers. Start by setting firm boundaries for work and home life. Ask a spouse or partner to hold you accountable. Block access to email on your devices during nights and weekends. If that seems too extreme, consider delaying your email responses until the next work morning. Implementing these small changes in the way you interact with your job responsibilities outside typical business hours can improve your physical and mental health and advance your career. If you find that you need a little more motivation to unplug and disengage from work, you’ll likely find it in the sing-alongs and talent shows performed by weary workers, turned cheery campers at Camp Grounded.