Employees are much more than people you employ — they can be your best brand ambassadors. 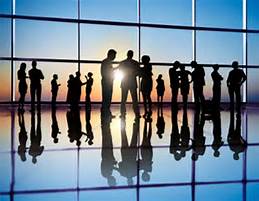 A friend shared a story recently. He was chatting with a woman at a party years ago. While they were exchanging pleasantries and engaging in small talk, he asked where she worked. She told him that she worked for a certain bank, which happened to be his bank. He felt valued by the company and loyal to it, as it was where he opened his very first bank account when he was just starting college. When he cheerily told her that he was a customer, she promptly and dryly responded, “Oh, have we ripped you off yet?”

Soon after he changed banks.

Some companies are overlooking their greatest marketing tool: their employees. That woman made a big impression on my friend and actually effected change. Though not the ideal outcome and desired action that the bank would have wanted, it illustrates an interesting point. According to the 2013 Edelman Trust Barometer, “employees rank higher in public trust than a firm’s PR department, CEO, or founder. 41% of us believe that employees are the most credible source of information regarding their business.”

Employee influence is huge. They can be, in fact, your most influential brand ambassadors.

The hope is, of course, that employees share the positive aspects of the business and become vocal champions, providing current and potential customers an interesting perspective that can’t be found in traditional ads and other marketing tools. Employees as assets, not people who punch in, work, and punch out. They can represent and reflect the best aspects of a company.

How can companies introduce and integrate this concept of brand ambassadors into their practices?

To grow a culture of brand ambassadors, it’s critical to communicate your vision, repeatedly, to your employees, your consumers, and the general public. It’s no longer a question of whether employees will share their experiences about working at your company, but rather whether they’re saying the things you’d prefer them to say.

By companies posting positive stories on Facebook and Twitter, employees can then share those inspiring posts in their own circles. One “I love working here!” post can deeply influence potential consumers. It may be the best marketing power out there.

When a company has a mishap, it’s easy fodder for conversation, but it won’t be the focus of loyal employees, who can redirect the attention to something more positive.

Choose an employee who can act as a community organizer amongst peers. The leader should be: well-liked, diplomatic, encouraging, responsible, collaborative, and reliable. This is not someone who is demanding and barks orders, but someone who understands the nuances (think: your go-to star who possesses tact and grace).

The leader has many roles, least of which is a guide and role model. She can coach others on best practices and responsible strategies, suggest and review social media content, brainstorm new storylines to promote the company’s message. Sometimes, a simple reminder to update LinkedIn or suggestion to write an article about a positive aspect of the business can get the ball rolling and create regular posting habits.

Remember that the people who work for you are much more than hired help, much more than people you employ. They’re talent. Allow them the opportunity to stretch and use their talent to showcase your brand in new ways. Brand ambassador is not a bad title!