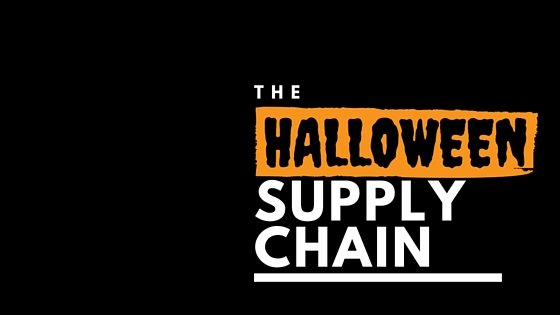 It seems to me that Halloween merchandise is on display in stores and online earlier and earlier every year. A spokesperson for the National Retail Federation (NRF) last month confirmed this when she pointed to a spike in consumer Halloween spending in recent years. Halloween, she says, has been on the upswing in recent years in terms of the number of people celebrating and what they’re spending. And retailers have certainly taken notice. In 2014 consumers spent an average of $77 on Halloween candy, costumes and decorations – the highest amount ever recorded. While an estimated four million adults will don the ever-classic witch costume on Halloween this year, it seems like they’ll be spending less to do so; the NRF is predicting the average family will spend $27.33 on costumes, down slightly from 2014. Total spending in 2015 though is still predicted to top $6.9 billion. Check out our infographic below to see how the Halloween supply chain delivers the tricks and treats.