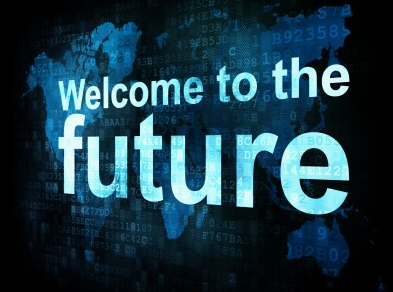 For many years robots seemed like the brainchild of science fiction writers and directors, meeting the needs of humans as we saw in the Jetsons, or challenging them as we saw in Battlestar Galatica. Occasionally we hear stories on the news of robots being built in basement labs at prestigious universities such as MIT or Stanford. Recently there was a report on NPR about how one of UCal Berkeley’s robots couldn’t easily figure out how to fold laundry, so, one could ask: what are we worried about? If robots can’t fold laundry in under ten minutes, could they take over manufacturing?

There has been a downward trend in manufacturing jobs since 1980 in the U.S. with similar spirals in Japan, Germany, and China. Is there a correlation between the decrease in manufacturing employment and the rise of the robot? According to the Wall Street Journal, in 2014 most industrial robots were operating in the same countries/regions: Japan (306,700 robots), North America (237,400), China (182,300), South Korea (175,600), and Germany (175,200).

In the same WSJ article, a new generation of robots is profiled. These robots are “smarter, more mobile, more collaborative, and more adaptable.” They are also less bulky and less dangerous for humans to work next to. One might say that the newest generation of robots is acquiring many of the positive qualities of human workers, and that that, combined with many skills humans don’t and can’t possess, makes them the ultimate worker. If robots supersede the work humans can physically do, in a faster, safer, more efficient way, then what will come of the human worker?

Many believe that robots will allow for manufacturers to return to the U.S. from their low-paying, cost-saving plants overseas. They also believe that robots won’t take away from jobs, but rather create them. According to the International Federation of Robotics (IFR), robots actually create millions of jobs. The IFR’s reports oppose the idea that manufacturing jobs are waning. In 2011 article Positive Impact of Industrial Robots on Employment, the author, Metra Martech, stated, “The German and Japanese (automotive) manufacturers who have invested heavily in automation and robots have maintained a lead in the quality market.  Germany has increased the number of people employed in the automotive sector.”

The IFR also states that there are many other benefits to robots in manufacturing:

“The Second Economy”, one in which computers have business interactions only with other computers, is upon us. According the to economist, Brian Arthur, who coined the term, things might not look so bright for the future of the American worker. He states, “If the Second Economy does achieve that rate of growth, it will be replacing the work of approximately 100 million workers. To put that number in perspective, the current total employed civilian labor force today is 146 million. A sizeable fraction of those replaced jobs will be made up by new ones in the Second Economy. But not all of them. Left behind may be as many as 40 million citizens of no economic value in the U.S alone. The dislocations will be profound.”

Others, some who are at the forefront of technology, are also very concerned about the rise of robots. Apple co-founder, Steve Wozniak, is one of the worried. He was recently quoted saying, “Computers are going to take over from humans, no question… Like people including Stephen Hawking and Elon Musk have predicted, I agree that the future is scary and very bad for people. If we build these devices to take care of everything for us, eventually they’ll think faster than us and they’ll get rid of the slow humans to run companies more efficiently.T”

The stuff of sci-fi is becoming a reality. As we humans make the robots that will replace us, only time will tell if that will benefit our race or harm it.