Why closing the wage gap is crucial 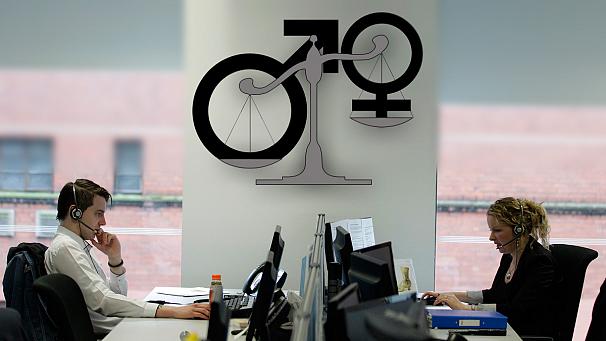 On average, men make more than women.  Here’s why we need to change this and close the wage gap.

On average, men make more money than women. This is what we call the wage gap— the financial divide between the sexes. This is a complex issue, not one that has an easy explanation, but one that is deeply rooted in history, tradition, and culture. In a field that has been dominated by men, it is no surprise that women generally paid less than men in the supply chain.

We assume women have equal rights, given the number of anti-discrimination acts that have been passed, and protection from the Civil Rights Act of 1964 which outlawed discrimination based on sex, national origin, color, race, and religion. However, somehow women are still paid less, and almost 95 years after the Equal Rights Act amendment to the constitution was introduced, and 45 years since the amendment was passed by Congress, it has still not been ratified by the necessary number of states.

Women occupy just 15% of editorial pages, corporate boards, and congressional seats, according to the OpEd Project. The US ranks 20th overall out of 142 countries in the 2014 World Economic Report Global Gender Gap Report which examines and ranks a country’s level of equality based on health, education, earning potential, and political empowerment. Breaking the data down even more, it was found that the US was ranked 65th in wage equality out of 142 countries studied. Given its status as a leading world power, and that women are gaining great strides in education, what do these rankings mean for the United States?

The complexity of the wage gap

The wage gap is complex. It’s not simply a matter of blatant discrimination. Some argue that the pay gap is not a gender gap but a motherhood gap. Women tend to work part-time more than men due to demands at home, and part-time workers get paid less on average. Because women are often tied to domestic responsibility (ranging from cleaning, cooking and childcare) they work fewer hours than men, on average. They take more breaks from continuous employment and therefore may have decreased opportunities to get promotions, and climb the ladder. According to the Wall Street Journal, “today, childless 20-something women do earn more than their male peers. But most are likely to cut back their hours after they have kids, giving men the hours, and income, advantage.”

According to Kevin O’Marah, chief content officer at SCM World, there are two factors deterring women from rising through the supply chain ranks: first is the intermittent work history some women have due to family care, “Every day is a chance to have a disaster. It’s very high pressure. Stepping out for even a couple of months makes it very hard to get back in.” Second, O’Marah points to information that shows that men apply for jobs they’re not fully qualified for, whereas women only apply for jobs for which they feel they are 100% qualified. According to O’Marah, “Men are typically promoted on potential they exhibit, whereas women are promoted on results. Men jump at opportunities, even if they don’t have the qualifications; women have a tendency to say: ‘I’m not ready for that’.” Could the “feminization of higher education” be the confidence builder and, eventually, the equalizer women need in the future?

Women are excelling in education in the US, not only in terms of enrollment numbers, but also in terms of grades. Females spend more time studying and typically get better grades, however it has been found that the return on investment on a college degree for women was lower than, or the same as, for men. According to The Economist, “Although women as a group are now better qualified, they earn about three-quarters as much as men. A big reason is the choice of subject: education, the humanities and social work pay less than engineering or computer science. But academic research shows that women attach less importance than men to the graduate pay premium, suggesting that a high financial return is not the main reason for their further education.”

We know there’s a pay gap. Why should we help lessen it, and how do we do it?

Understanding that equal pay for women is a benefit for everyone, not simply for women, is key. According to the Shriver Report, one third of American women live in poverty. This puts a strain on an entire family, and on our social support systems. If women are given the education, support, and opportunities to work we can help alleviate poverty, stimulate economic growth, strengthen the middle class, and secure our place as a leading country.

Colleges and universities can continue to recruit and encourage women to apply, matriculate, and graduate from business programs. Harvard’s Peek Program is encouraging women to get a taste of what an MBA is like as a means of encouraging growth in their program, which is currently 41% female. In 2014, for the first time, females made up more than half of Rutger’s MBA students. There are many degree and diploma programs in Logistics and Supply Chain Management cropping up across the country. Encouraging young women to pursue this interesting and lucrative field is critical. Assuming that women should be funneled into typically “female” occupations is perpetuating the assumptions, prejudice, and micro-aggressions we often find in discrimination.

In an article on closing the gender gap in the supply chain, Will Green writes of a future  in which, “’forward-thinking firms’ will team up with schools to encourage girls to study science and engineering, while successful women in these jobs will act as role models.” These firms will allow for an environment that is friendly to work-life balance for women and men, permitting women to rise through the ranks, also allowing men to take more of a role in domestic life. These things combined may help to achieve a sense of equality for women in the workplace.

It will benefit everyone if we can remember that we all have a role and a stake in the health and growth of the supply chain, whether we are leaders, employers, employees, consumers, male, or female. Our ranking, our integrity, our success, and our future as a country depend on it.