How The Paris Climate Agreement Will Impact the Supply Chain

The supply chain should prepare for future changes in the wake of the Paris Climate Agreement. 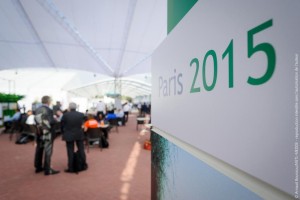 The 2015 Paris United Nations Climate Change Conference of the Parties (COP) was the 21st yearly meeting of its kind. It drew attention, coming off the heels of the Paris attacks. It also garnered attention because of growing concerns about storms and flooding, ice caps melting, and increasing temperatures. The twelve-day conference hosted 185 nations, and ended with major outcomes that will certainly have an impact on how supply chains will do business.

The biggest outcome from the talks is the agreement to reduce the world’s greenhouse gases significantly to keep temperatures from rising 2 degrees Celsius, and a longer-term agreement to reach net-zero emissions by the second half of the century. If this goal isn’t met, it could bring terrible outcomes globally, such as the loss of entire island nations that could go completely underwater.

Even if the goal is met, there are concerns about the irreversible damage that has been done in the past decades, which indicates the necessity of the plan. The agreement is described as, “probably the most important international agreement in history” by UN Executive Director Achim Steiner.

According to Adrian Gonzalez, president of Boston-based Adelante SCM, “It’s too soon to know what impact this will have on supply chain in the near term, but considering that the agreement is voluntary and there are no enforcement mechanisms in place, my sense is that very little will change over the next twelve months.”

Here are some things supply chain companies need to be considering in the wake of the Paris Climate Agreement, despite the future being unclear:

According to James Allan, head of environment and climate change at risk analysis company Versik Maplecroft, “Many companies will have difficulty understanding their exposure to various climate risks, so they may need to bring new skillsets into the organisation, conduct internal studies, and update policies and internal processes.” This might be a new endeavor for companies, or one that wasn’t high on the priority list in the past.

Allan goes on to say, “A key step will be integrating climate change risks into strategic decision-making and operational risk-management processes.” We will have to wait to see what our congress decides in regards to making the Paris Agreement guidelines into law in the United States. Based on the requirements, companies may have many changes to implement into their business practices.

Assessing how partners manage risk and plan to make changes is important, as companies will want to be on the same page. Forming new partnerships with others might also be crucial, particularly if those companies are ahead of the curve on environmental compliance. “Partnerships will also be crucial for successfully managing climate risks, including with supply chain partners, governments, business partners, civil society and the wider public,” says Allan.

We will see what comes from the Paris Climate Agreement and what it has in store for the supply chain and, on a larger scale, the world.