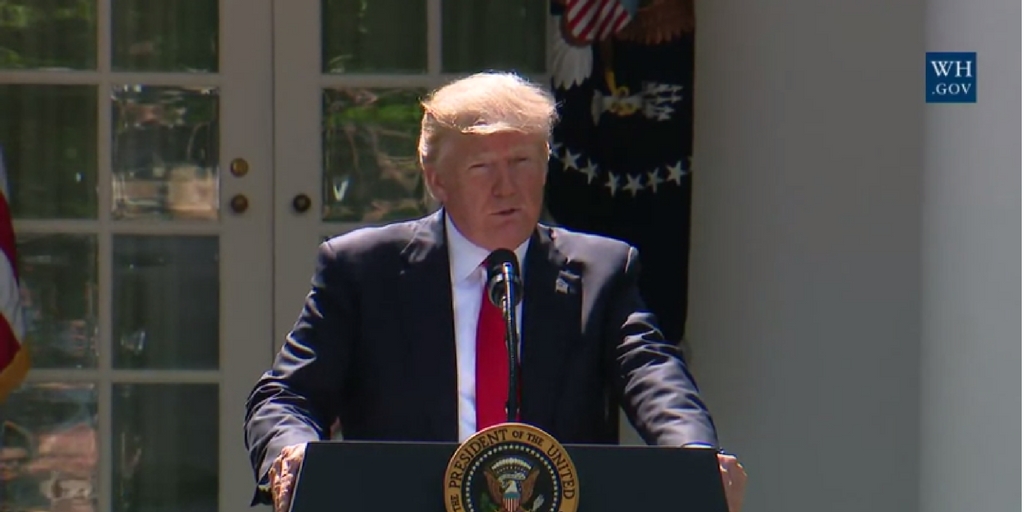 This post comes to us from Kevin Jessop of Cerasis, a top freight logistics company and truckload freight broker.

The Paris Climate Agreement. Let those words hang for a moment.

Throughout the course of the 2016 election and now the Trump Administration, many Americans have expressed dissatisfaction with the Paris Climate Agreement. True to campaign promises, the new Administration has started the process of removing the U.S. from the agreement, which has major implications for supply chains and shippers around the globe. While the Trump Administration’s impact on supply chains has been discussed previously on Cerasis’ blog, the president’s decision to leave the agreement has shocked the industry, and you need to understand why and what is really going to happen over the next four years.

What Is the Current State of the U.S. in the Paris Climate Agreement?

This may come as a shock, but the Paris Climate Agreement has only been in force since November 4, 2016. As a result, the U.S. has not yet enacted changes under the agreement. The only measure that would have fallen under the Agreement’s terms is the continuation of Customs and Border Protection’s (CBP) rules for maritime statutes.

Lawmakers would have likely passed new legislation to increase environmental scrutiny of supply chains and shippers over the next few years. Moreover, the U.S. would have sent monies to Convention of Countries within the Agreement to help fund eco-conscious goals. The Administration’s actions indicate such changes are not likely to occur, but they could still happen. But, how?

What Is the Timeline for Withdrawal?

The full text of the Paris Climate Agreement is available online through the United Nations Framework Convention on Climate Change (UNFCCC). Article 28 defines the process through which a member of the original Convention may withdraw from the Agreement, and it is a surprise to many to learn that the new Administration cannot simply flip a switch.

Article 28 states that any country wishing to withdrawal may only do so after three years have passed since the agreement went into force. Since the enforcement date was November 4, 2016, a country cannot submit a notification of withdrawal until November 4, 2019. Now, there is another side of the withdrawal.

To prevent countries from withdrawing due to political changes and safeguard the longevity of the planet, any withdrawal still requires a one-year term from the date of notification. In other words, the Administration cannot effectively withdraw from the agreement until at least November 4, 2020.

The precedent for polarization during the previous election cycle indicates President Trump will proceed with plans to withdraw the U.S. from the Agreement when the time comes. The June announcement is merely a call to action to prepare for withdrawal over the next few years. So, what does that mean to both domestic and international supply chains?

The Impact of Withdrawal on Supply Chains.

There are only three countries on the planet, counting the U.S. intention to withdraw, that are not part of the agreement now. This means that every foreign-originating business transaction with U.S. manufacturers, distributors or other partners, except for Syria and Nicaragua, will be at risk. The governments of other countries may look unfavorably at working with U.S. companies due to the new Administration’s plans.

Multiple big-business empires, ranging from Facebook to Goldman Sachs, have condemned the move to withdraw. According to BBC News, part of their rationale is simple. The changes the Agreement dictates reflect existing concerns and actions that many U.S. businesses, including shippers, have already undertaken. Even ExxonMobil, a company whose previous CEO holds the title of Secretary of State, urged the new Administration to remain in the Agreement.

These major companies have already invested time and money in energy-efficienct, eco-conscious programs, and many of their business-to-business partners have followed the same pattern. With the overwhelming majority of the world’s countries committing to this cause, there will be an opening of the “floodgates for businesses, scientists and engineers to unleash high-tech, low-carbon” technologies. As a result, the U.S. could fall further behind the global engineering and science goal, which helps all businesses succeed. In other words, domestic companies may have a more difficult time finding the labor or technologies needed to maintain profitability in the interim.

Is There a Much Darker Side to Withdrawal?

Without getting into a discussion on the science behind global warming, it is important to note things that have happened that may continue if global warming continues. For example, sea levels had risen 2.6 inches from 1993 to 2014, reports the National Oceanic and Atmospheric Administration (NOAA). If left unchecked, numerous ports, businesses, cities and whole seaboards could be lost in the next few decades. To ensure stability and growth along long-term goals, this is a risk that must be mitigated immediately.

The rising sea level is a fact in the heavily disputed conversation about global climate change.

For shippers and supply chains, the risk of not doing anything is too great. Thus, the new Administration means well, but withdrawing from the Agreement is not a change that will impact businesses before 2020. Furthermore, the backlash from the public toward companies that abandon eco-conscious goals could be severe. Shippers could face higher tariffs and additional troubles in shipping goods domestically or abroad.

It is in your company’s best interest to pursue energy-efficiency goals, including working with well-known partners, like Cerasis, to help you reduce waste, eliminate redundancy and continue making healthy profits throughout the future, regardless of who sits in the Oval Office.