Digital and content marketing for the logistics and supply chain industries
Close
May 14, 2015 by Guest contributor 0 comments

Sarah Hebert is currently a full-time MBA student at the University of New Hampshire, having previously completed her Bachelor’s of English Language and Literature at the same institution in 2014.  Following the completion of her Master’s degree, she hopes to find a job in Marketing and Advertising.

When “Food with Integrity”meets the bottom-line. 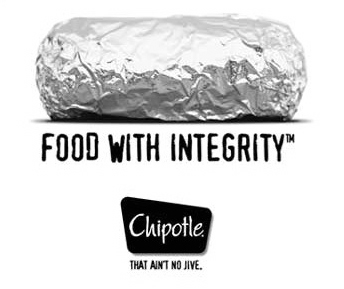 As Chipotle’s nation-wide gastronomic success has propelled their brand into the fast-casual limelight, so followed the news of their carnitas crisis, as the chain announced in January 2015 that they were and would be experiencing a significant strain in their Responsibly Raised® Pork supply for the foreseeable future.

Chipotle®, a Mexican fast-casual restaurant chain that has built its brand on self-established food quality standards, such as organic, local vegetables and ethically raised animals, made waves with their voluntary decision to cut their pork supply due to a supplier violation of their animal welfare standards.  As stated by the chain, pigs living within these pork farms must be:

Upon discovering that this particular supplier did not allow their animals to have outdoor access and did not supply the alternative pens that were required under those conditions, Chipotle immediately ceased their business with the farm in question.  As a result, 1/3 of their chain-wide supply was eliminated, directly affecting the 7-8% of total sales that are accounted for by their pork-consuming customers.

Rather than keeping mum about this potentially destructive development, Chipotle defied expectations and proactively embraced this supply-chain debacle as a strategic PR opportunity, fully acknowledging their decision and citing their core values as their motive.  On the front end of their business, Chipotle addressed this issue across all channels—attention grabbing signage on storefronts, disclaimers at the launch of their online ordering services, an FAQ page on their website solely dedicated to their carnitas shortage, and countless press releases provided to news sources across the country.

On the back end, the chain exercised several strategies to try to compensate for the consequences of their actions.  In a short-term attempt to alleviate the additional, compensatory pressures faced by their remaining pork suppliers and to satisfy pork-consuming customers where possible, Chipotle chose to geographically rotate their carnitas supplies around the country every 6 weeks.  Realizing that their characteristically high standards for food sourcing would continue to be tested as the chain continues to grow at an astronomical pace (currently operating approximately 1800 locations nation-wide), Chipotle wasted no time to begin addressing their long-term supply concerns, exploring solutions such as acquiring additional suppliers, integrating new cuts of pork into their carnitas option, and feasibly increasing the amount of meat secured from their current providers in order to best insulate themselves from future supply constraints.

Since their notorious announcement back in January, it is estimated the Chipotle’s decision to stand by their ethically-poised brand and diminish their supplies volume will cost them nearly a year of operating at full capacity, projecting that the chain’s shortage will not completely recover until the end of Q4.  Translation?  No carnitas until December 2015.  At the conclusion of the first quarter of 2015, Chipotle fell 1.3% short of their projected 11.7% sales growth put forth by Wall Street, achieving a growth rate of only 10.4% total.

Despite Chipotle’s applaud-worthy success at capitalizing on this marketing opportunity by means of reinforcing their “Food with Integrity” adage and raising awareness for animal welfare, the question shifts from a concern regarding their recovery timeline to one of sustainability and future growth.  As the chain continues to mature and prosper, are their sourcing practices and business model sustainable?  At what point do you scale back your growth for the sake of maintaining your brand integrity, or to better meet your demand with an already constrained supply?  While the admirable decision made by the chain played nicely into the hands of their marketing and public relations teams, one has to wonder about how these decisions may jeopardize the future of their consumer dependability–ultimately, at what cost is your pride more important than your profits?

To say that Chipotle turned the tides on their self-inflicted disaster would be an understatement—more than ever, the chain is being commended for their devotion to their ethical standards and continues to gain national attention for their damage control tactics.  As the problem has yet to be completely rectified and the light is still being brightly shone on Chipotle’s radical supply-chain stance, the eyes of the consumers remain locked on the positive statement being made in the here and now.  After the storm passes and carnitas are back in the hands of Chipotle customers, the reliability and sustainability of their sourcing practices will undoubtedly come into question.  With growth of business comes increased demand, and as the company has yet to establish a long-term supply solution for its Responsibly Raised meats, it’s certainly not irrational to wonder if the fast-casual kingpin will be as lucky to weather the storm the next time around.