Digital and content marketing for the logistics and supply chain industries
Close
May 17, 2017 by Guest contributor 0 comments 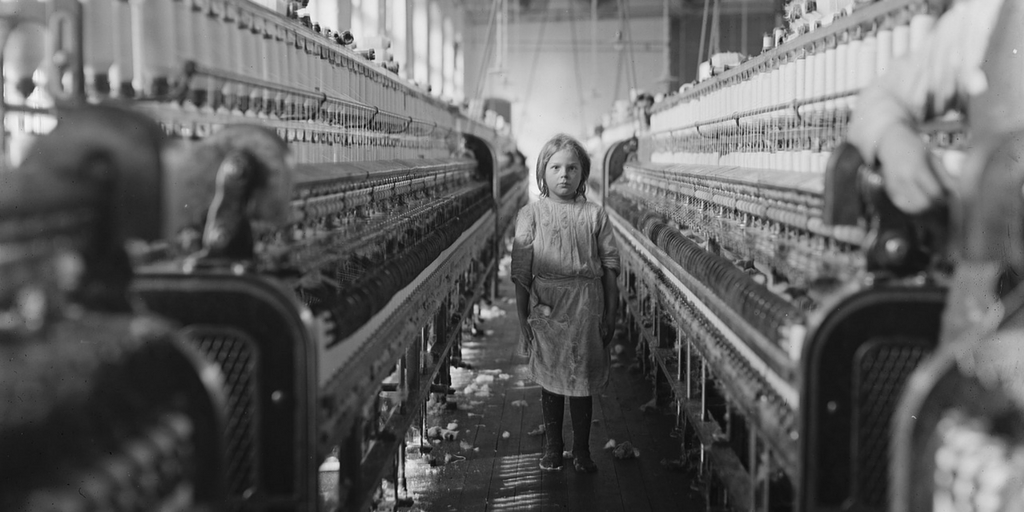 The economy of California is big enough to be the 6th largest economy in the world, and her GDP is the largest in the U.S. Even though the California Transparency Act is state law, it seems inevitable that it will affect the U.S. economy in general.

Why Do We Need a Transparency Act?

Today, supply chain is a critical system in any business. The absence of one of its components could stop business production.

Such disruption can occur as a result of strikes or other work stoppages by laborers who have been trafficked or who are paid little or nothing for forced work. One good example is the Coalition of Immokalee Workers (CIW) representing tomato pickers in Florida. CIW has implemented a Fair Food Program, in which large retailers buying tomatoes pay a penny more per pound to fund better wages and to improve working conditions for tomato pickers. Since 2001, more than thirteen companies such as McDonald’s, Subway and Burger King have joined the program. But Wendy’s has not yet, causing the company to suffer criticism and boycotts from customers.

The need for such programs to improve working conditions is great, as tragedies such as Rana Plaza remind us. In 2013, the 8-story garment factory supplying to global brands collapsed in Bangladesh, killing 1,135 workers. Three months earlier, fire in another garment factory sewing clothes for Western companies killed seven workers, two of whom were just teenagers, ages 15 and 16.

Legally speaking, human trafficking and child labor are illegal in every country. 166 countries are parties to the Protocol to Prevent, Suppress and Punish Trafficking in Persons, Especially Woman and Children (aka “the Palermo Protocol”). However, violations of these laws are commonplace.

Why? In most countries, using trafficked workers and child labor is punishable under criminal law. So when it occurs, who goes to a jail? Actually, no one goes to a jail. Just a fine is imposed on the company violating of law.

In addition to the demand for cheap labor and services, the lack of meaningful law enforcement makes these practices continue. Civil liability and monitoring by good citizens are the most effective ways to decrease human trafficking and child labor. The California Transparency Act will provide a systematic process to oversee companies and to impose civil liability on illegality.

The California Transparency Act is the first state law in the U.S. specifically addressing slavery and human trafficking in supply chains.

It applies to any business with $100 million in gross worldwide revenues that is doing business in California, and requires any subject business to disclose its efforts to eliminate slavery and human trafficking from their direct supply chains. The disclosure must provide the information of retail sellers or manufacturers, including verification of product supply chains, audit of suppliers, certifying materials, maintaining internal accountability, and training.

Those violating this act will be subject to action brought by the Attorney General for injunctive relief. If you want to see how this system works, go to a company’s website that you think does business in California, such as Trader Joe’s.

Four years after the California Transparency Act was enacted, Rep. Carolyn Maloney (D-NY) introduced a federal transparency law, the Business Supply Chain Transparency on Trafficking and Slavery Act of 2014, but it was never finalized. She reintroduced the bill in 114th Congress, but it was referred to the committee and did not go forward.

Transparency Act in the E.U.

In 2014, the European Parliament enacted Directive 2014/95/EU, which requires that public interest entities with more than 500 employees report information regarding efforts they are making to manage social, environmental and governance-related issues. The disclosure includes a non-financial statement on policies, outcomes and risks relating to social matters, and respect for human rights. The non-financial statement must provide a description of the policies pursued by the organization, the outcome of those policies, the principal risks related to those matters linked to the organization’s operations, and non-financial key performance indicators.

No specific penalty for failure to comply is stipulated. However, the directive instructs member states to ensure adequate and effective means for the guarantee of disclosure on non-financial information. The directive entered into force in January 1, 2017. As of December 6, 2016, most member countries had taken legislative measures to abide by the directive.

France also enacted legislation defining a duty of vigilance for parent companies and their subcontractors in 2016, according to a promulgated document in 2017. The law applies to companies operating in full or in part on French territory with at least 5,000 employees when the head office is located in France, or 10,000 employees when the head office is located abroad. The law provides that multinational firms carrying out all or part of their activity on French territory shall establish mechanisms to prevent human rights violations and environmental damages throughout their supply chains. If the company does not prepare a vigilance plan and fails to comply with the formal judicial notice, it may be sanctioned with fines up to €10 million. The amount of this fine may reach up to €30 million if failure to develop a plan leads to injuries that could have otherwise been prevented.

Someone might criticize that no powerful measure has been introduced allowing governments to control supply chains. However, I wonder why we think government has more power than people and communities to maintain supply chain transparency.

We consumers can nourish or contract business. Supply chain transparency law, including the California Transparency Act, will provide a tool for consumers to monitor companies and to take action when the laws are violated. That is why I am optimistic about future of the law.

Soyoung Yook, J.S.D., Attorney at Law, New York, is an MBA candidate at the University of New Hampshire Peter T. Paul College of Business and Economics.