Digital and content marketing for the logistics and supply chain industries
Close
May 15, 2017 by Guest contributor 0 comments 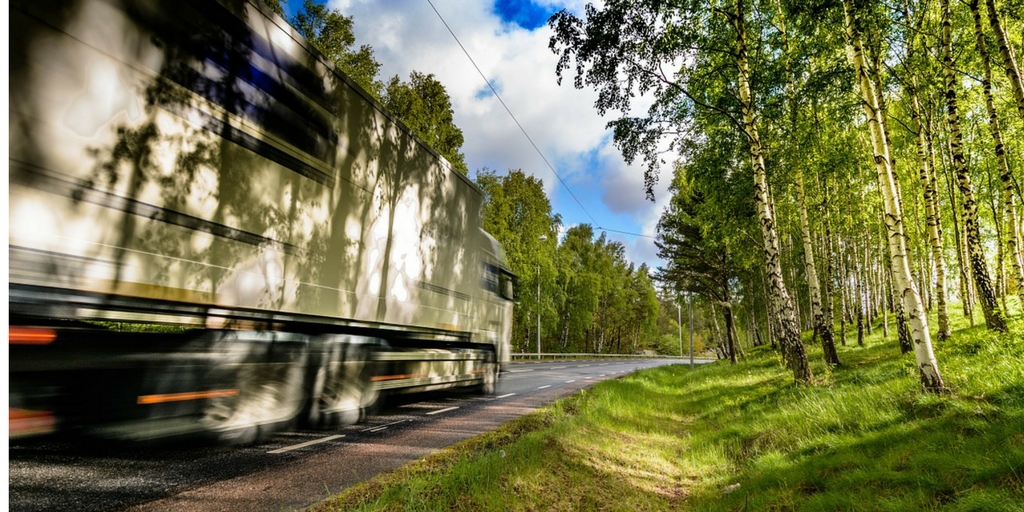 The Impact of Autonomous Vehicles on the Trucking Industry

Autonomous vehicles will be implemented gradually, and will serve to increase a truck driver’s productivity rather than replace the driver completely.

“If I were a truck driver, I’d be looking to make a career change.” This has been my first thought when considering the future of self-driving cars, or autonomous vehicles.

It seems that the rise of autonomous trucks is inevitable. The major players in the automotive industry are heavily focused on developing autonomous vehicles, and newcomers like Apple and Uber are joining in the pursuit. The required technology is advancing every day, and the financial incentives associated with commercial transportation and vehicle services provide an opportunity that will likely result in early adoption when compared to personal vehicles.

The trucking industry is massive, and the United States economy is hugely dependent upon it. Truck driving is the most popular occupation in 29 of the 50 states, with 3,500,000 truck drivers in the U.S. This means that in most of the country, one is more likely to meet a truck driver than any other occupation.

Seventy percent of total U.S. freight tonnage, an equivalent of 10.5 billion tons of freight per year, is transported via trucking. Every product you purchase, consume, or see in a store is dependent on trucking.

Amazingly, 38,000,000,000 gallons of diesel fuel are consumed each year to keep goods moving in the United States. The industry generates $750,000,000,000 in revenue each year, and is expected to grow rapidly. The shear size of this market provides an incentive for innovation, and it is expected that autonomous trucking will remove significant cost from the supply chain.

Despite the importance of the trucking industry, there are fundamental problems. It is expected that almost 100,000 new truck drivers will be required every year for the next 10 years based on industry growth projections, and trucking companies have already been complaining about a driver shortage for years. Industry growth will only compound this shortage.

This has led companies to focus on recruiting and retention, but it has been difficult to attract new participants to the industry. The industry is a comparatively “old” industry. One challenge is that to obtain an interstate CDL license, one must be 21 years old. When most young people graduate high school at 18 or 19, this forces years of idle time before one is even eligible to drive a truck. As a result, the industry is not an option for new graduates, and new graduates start down other paths.

The driver shortage is increasing labor rates in the industry, and labor already constitutes a third of the costs of transport. Autonomous trucking would help remove some of these costs from the supply chain.

Autonomous vehicles are not a new idea. The concept has existed since 1920, but it is only recently that the technology has manifested itself in a commercially viable way. LIDAR and RADAR technology has improved in recent years, and advanced cameras by companies such as MobileEye can help a human-less vehicle see.

Perhaps the largest contributor has been improvements in software development and decision-making algorithims — technology that is still in its infancy, but rapidly maturing. Vehicle-to-vehicle communications have recently advanced and have facilitated “platooning,” or a single driver commanding a platoon of vehicles. Google, Uber, Apple, Tesla, Volvo, Mercedes and others are investing in the technology. Interestingly, the market literature for the Mercedes Future Truck 2025 is adamant that the autonomous vehicles will only aid a driver, and that the driver will remain with the vehicle for the forseeable future.

Even with rapid technological advancement, there are challenges to the adoption of autonomous trucks.

The industry is highly visible to the public, and recent technological development has sprouted a wide-spread fear of automation. It is likely that any accidents related to self-driving vehicles will receive the utmost scrutiny in a very public forum. Further, truck drivers are faced with challenging, and sometimes even life-or-death, decisions as part of their daily activities. In the event of an accident, a driver sometimes must decide how to crash, and the results of these decisions may cause death to the others involved in the accident.

Imagine, for example, a situation where the driver must choose  to avoid a vehicle in the road, hit a pedestrian, or direct the truck off the road into a barrier. In each situation, someone will be hurt. If we rely on automation to make these decisions, we must program the right decision. As the computer system making the decision will be forced to make this decision with limited and imperfect information, even if the system is programmed “morally,” it will be forced to make imperfect life-and-death decisions.

These questions must be confronted before the widespread adoption of autonomous vehicles.

The threat to drivers

If we accept that these challenges are resolved, it seems that the threat to truck drivers from autonomous vehicles is limited. The concept of completely driverless trucks is based on a drastic oversimplification of the trucker’s actual job. Over the road trucking has been rated toward the middle of the top 100 occupations for risk of being automated by the Brookings Institute.

Truck drivers do much more than just drive the truck, such as taking inventory, inspecting loads, manipulating loading docks, and placing orders. Many of these tasks are much more complicated than just conducting a truck on the interstate.

In the future, the truck driver will be reimagined as a logistics expert. A slogan from OTTO, the self-driving company responsible for the recent Budweiser beer run, sums up the current direction of the industry well: “We want to make it safe for the driver to sleep from exit to exit.”

The consensus amongst industry analysts is that the trucker will remain with the vehicle for the forseeable future. Even truck driver labor organizations such as ATBS are embracing autonomous vehicles as a productivity improvement in their industry.

Given the rapid growth of the industry, the current shortage of truck drivers and the demand for new drivers over the coming years, it seems like truck drivers should not be afraid of losing their jobs to automation in the short term. Likely, autonomous vehicles will be implemented gradually, and will serve to increase a truck driver’s productivity rather than replace the driver completely.

It is expected that over one-third of the trucks on the road in 2025 will be heavily automated, but complete autonomy is still in the distance future. Autonomous trucks may help to relieve the industry driver shortage, but they are unlikely to displace the millions of Americans that depend on driving truck for their livings.

Jacob Rossman is a manufacturing engineer at a major pharmaceutical company. His passions include futurism and technology. He lives in Rochester NH, with his wife Whitney, dog, cat and two pet rabbits.