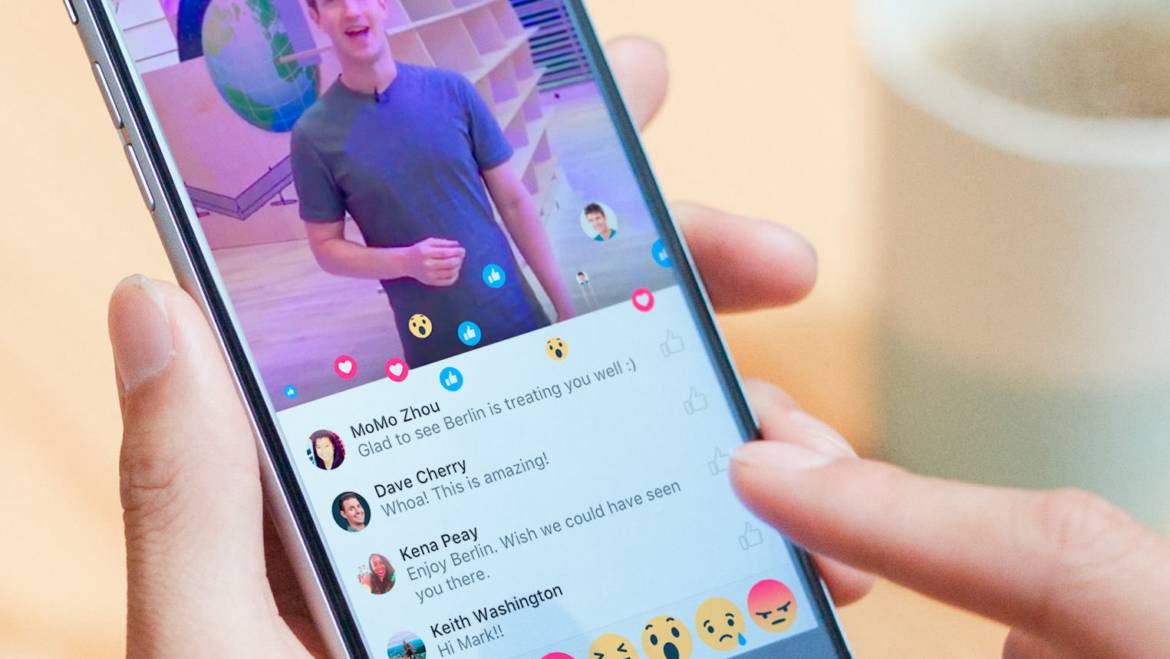 Live video is the “it” trend in social media marketing. According to the 2017 Social Media Marketing Industry Report, 61% of marketers plan on using live video services such as Facebook Live and Periscope, and 69% want to learn more about live video.

It’s really no surprise video has gained such traction. Platforms like YouTube have made the transition from watching TV in your home to watching videos on your phone seamless. And live streaming, in particular, fits in with today’s emphasis on corporate transparency and putting a real, human face behind business social media accounts. It allows brands to drop their corporate façade and connect to users in a more human way.

And, before you say it, I’ll say it again: Yes, video can work for the supply chain.

So where do you start? Here’s a rundown of some of the platforms you can use, as well as the benefits of live video.

Facebook Live lets you broadcast in real time for up to 90 minutes per session. Users who have recently engaged (or who frequently engage) with your page will receive a notification that you are streaming live, and they can go to your page to view the video. Viewers can comment and react during the course of your broadcast, allowing you to read their remarks and respond immediately.

Twitter-owned and run, Periscope is a standalone platform but integrates very seamlessly with Twitter. It has more than 10 million users, more than two million of which log in daily. There have been 200 million hours of broadcasted video to date with roughly 350,000 hours per day. The service lets users live stream from their mobile devices and push out those streams on Twitter.

YouTube Live enables YouTube to utilize its expansive creator and advertising network to generate even more video to be hosted and monetized. YouTube makes it incredibly easy to aim, shoot and post live video.

There are many reasons why live video is trending. Here are some of the benefits supply chain and logistics businesses stand to gain.

With live video, users can ask questions and instantly get responses. Having that “in-person” experience strengthens their relationship with your company and brand.

Being open about your business is a great way to gain people’s trust, and there’s no better medium for that than with live videos. By sharing behind-the-scene processes, product sneak peeks, and other day-to-day aspects of your business, you give users a much-desired sense of transparency. That ultimately will help convert visitors into customers.

Social media users love to feel on top of their information streams, and live video gives them inside, up-to-the-minute scoop. Experiencing the video live, instead of previously recorded, gives your business the advantage of being in the moment with users.

Streaming live video is no more expensive than traditional video creation. The tools, basically a good camera, are your only overhead.

GE is doing it right

But don’t take my word for it. Look at the success of GE’s live streaming efforts. The company launched its Periscope channel in 2015, with a behind-the-scenes interview series that gained over 200,000 views.

Another particularly successful campaign was #DRONEWEEK, which gave users an inside look at the facilities creating and testing jet engines, locomotives, and wind turbines. Sam Olstein, GE’s director of innovation, says of #DRONEWEEK: “We’re always trying to tell the full picture of the GE story, which is a complicated one, so any time we can talk about the various industries and variety of expertise and disciplines, we try to find unique and innovative way to do that.”

GE used Periscope to create an approachable, open narrative around their brand. What applications have you seen working for businesses in your space?