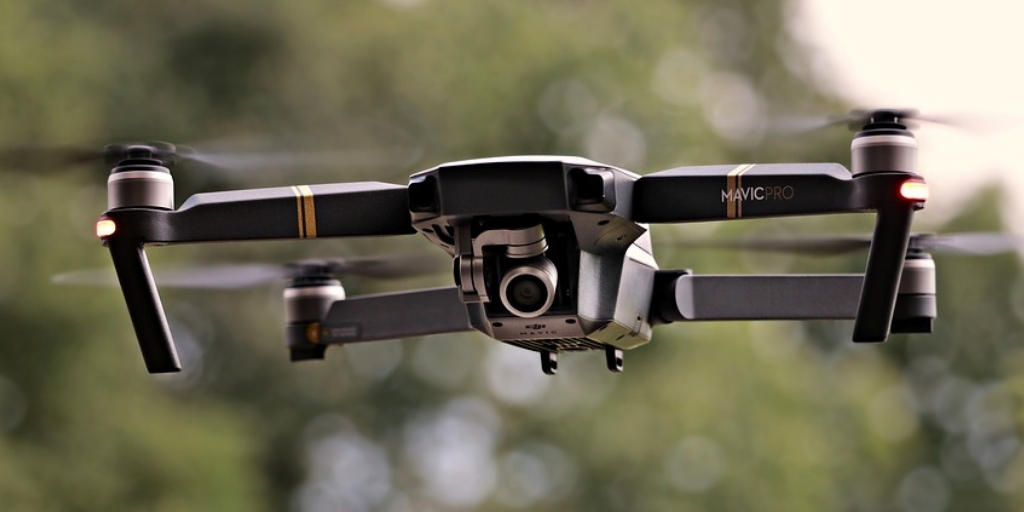 Send in the Drones: How PINC & Amazon Have Optimized Inventory Management

Drones and other autonomous technology are actively being utilized in supply chains. Here’s how companies like PINC and Amazon are leveraging this new technology for inventory management.

It’s been five years since Charlie Rose interviewed Amazon CEO Jeff Bezos on 60 Minutes about new innovations that Amazon was working on. Bezos revealed that Amazon was on the brink of a supply chain revolution involving octocoptor drones transporting parcels: Amazon Prime Air.

Tweets and status updates immediately conveyed consumer excitement that flying Amazon drones could deliver packages directly to doorsteps. And on the flipside, some employees of shipping carriers and brick-and-mortar retailers expressed fear that their respective industries would become obsolete.

Fast forward to the present… While advancements have been made in drone and autonomous technology, such as Amazon’s tests in the United States, Dominos’ self-driving delivery car, and Tesla’s self-driving truck, Bezos’ grand vision still remains a dream for impatient online shoppers.

That aside, drones and other autonomous technology are actively being utilized today in supply chains, and their usage extends beyond the conceived purpose of package delivery. One such use case that companies PINC and Amazon leverage this technology for is inventory management.

Less than 10% of the 250,000 warehouses and manufacturing facilities in the United States utilize automated storage and retrieval systems (AS/RS) for managing their inventories. Instead, they resort to manual human labor coupled with outdated storage solutions and antiquated inventory management measures. The need for automation in the factory setting is paramount.

These “inventory robots” leverage barcode-reader technology and roam premises in an automated fashion, ensuring efficient inventory tracking. Technically speaking, the drones are equipped with optical sensors which allows them to take pictures of barcodes and obtain information for identifying and counting inventory.

Indoor aerial drones have limited GPS capabilities compared to their outdoor counterparts, and instead rely on indoor location services software to aid in setting the devices’ “travel boundaries” within warehouses.

PINC AIR saves time, money, and offers a safer alternative to traditional rolling ladders for companies wishing to upgrade their inventory management system. Businesses spend less on workers’ compensation claims by reducing on-job injury rates. Their robots operate at the leisure of the company, are 300 times faster than a human performing the same work, and possess high accuracy levels. Even a daily inventory check provides a company a plethora of data.

PINC’s aerial drones replace the clipboards and spreadsheets of inventory counts by giving companies a platform that automatically displays the needed information in real time. Businesses could use this data to answer a variety of questions such as, “How many days do certain television brands sit in stock at certain facilities during the holiday season?”

In 2012, Amazon acquired Kiva for $775 million, phased-in its technology in its warehouses a few years later, and formed the subsidiary Amazon Robotics. Kiva robots replaced forklifts, large conveyor systems, and other human-operated machines. They’re efficient at performing monotonous tasks that previously fatigued employees, such as carrying and stacking bins around all day.

In 2012, Amazon acquired Kiva for $775 million, phased-in its technology in its warehouses, and formed the subsidiary Amazon Robotics. Kiva robots replaced forklifts, large conveyor systems, and other human-operated machines. Click To Tweet

Amazon made the move to continue pursuing competitive advantage in the e-commerce space along with maintaining control of the thousands of products in their fulfillment centers.

Some of Amazon’s robotics are large, 6-ton “Robo Stow” mechanical arms that move and stack bins around the factory. Others are used for carrying, transporting, and storing merchandise up to 3,000 pounds in an orderly fashion. Using these robots to stack and transfer merchandise saves aisle space in warehouses, allowing facilities to carry more inventory, meaning customers will be able to receive their goods quicker.

But what happened to the human employees? Did Kiva’s technology truly destroy thousands of jobs within Amazon’s warehouses? Is this the part when we rage against the machine due to the “robot uprising” stealing jobs?

Put your pitchforks down. No layoffs occurred, and, instead, robots and humans began working together. Despite skeptics’ views that automation is a job disrupter, SVP of Operations at Amazon Dave Clark assured,  “[…] automation increases productivity and, in some cases, demand from consumers, which ultimately creates more jobs […] Warehouse workers would continue to work in technologically rich environments.”

In fact, since the Kiva acquisition, Amazon increased the number of warehouse employees by nearly 200% to an upwards of 125,000 workers due to the increased volume of orders. Signs show no stopping either with the rising demand of high-skilled programming jobs, technicians, as well as those working hand-in-hand with robots.

Existing employees took on new roles and increased their skillset. For example, some employees moved to “stow” products on shelves for the robots to move away, following computer instructions to optimize where merchandise goes.

From there, the robots line up when customer orders arrive. Human “pickers” grab the products from the robots’ shelves and place them in plastic bins. At this point, merchandise is packed in cardboard boxes for customers. Warehouse jobs become less monotonous as the products that employees place on the robots vary.

And with that said, the cost savings from this technology is astounding…

Operating costs decreased by 20% at a $22 million savings from each fulfillment center, successfully boosting operating margins. These savings are attributed to enhancing warehouse efficiency. Amazon found that cycle times decreased between 75% and 80% to just 15 minutes. As a side effect, additional space was allocated for inventory, increasing the amount of storage by 50%.

PINC’s optical technology requires packages to display barcode tags in plain sight for the drones to process accurately. This raises concerns for companies who do not have this ideal setup in their warehouses, potentially raising costs.

Another issue is the drone power source. AIR drones are powered with hydrogen fuel cells instead of batteries as they last longer and charge faster. PINC CEO Matt Yearling revealed that the hydrogen-powered technology can fly up to three hours, and only needs a few minutes to refuel. Companies therefore need to strategically consider when the drones are scheduled to fly and follow-up with refueling procedures when the drones’ power is depleted.

The robots themselves are also limited in the tasks that they can perform. For example, the “robotic arm” was designed to pick up packages of certain sizes. Amazon has been in the process of researching their flexibility to complete more advanced tasks, though for now human workers help in that regard. After all, “There are many things humans do really well that we don’t even understand yet,” says Beth Marcus, an Amazon employee who specializes in robotics.

While autonomous technology clearly has its benefits, it comes with a cost. Aside from the initial expense Amazon incurred with Kiva’s acquisition, an installation cost of $15 million per location is required, costing Amazon nearly $1.7 billion to fully deploy robots in all 115 locations. Despite this cost, Amazon nets a savings of $7 million per facility when compared with its recurring annual savings.

While introducing new technology into the supply chain space is sometimes deemed as “disruptive,” the ends justify the means for autonomous technology. Along with new jobs being created, modern manufacturing workers are gaining more skills by learning to operate robots. Drones and robots allow companies to effectively match their scale and flexibility with increased consumer demand.

PINC’s drones are a great way to establish an accurate representation of inventory in real time from past to present. This further strengthens a company’s promise to fulfill needs for its customers.

In a poll of executives by Techpro, an astonishing 64% reported that there were no plans to leverage autonomous technology in their businesses. Applying drones and robots to inventory management gives companies a competitive advantage and a head start in taking advantage of cutting-edge technology.