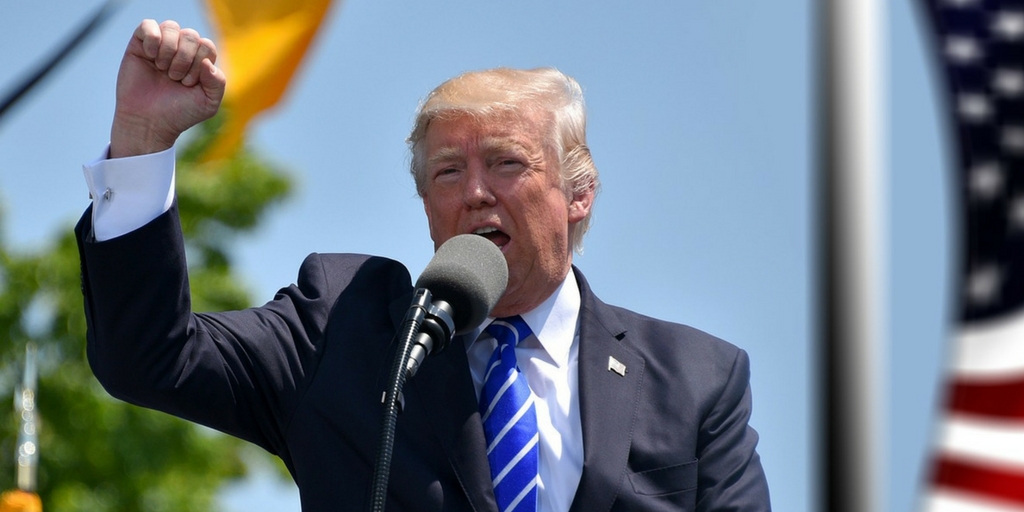 Waving the Tariff Wand Is Unlikely to Benefit Anyone

Regardless of Trump’s campaign promises, global trade and trade agreements are complex issues that can’t be solved with the wave of a tariff wand.

Trade was at the forefront of the 2016 presidential race, with both candidates putting the United States on a collision course with China. President-elect Donald Trump, of course, made massive tariff hikes one of the defining issues of his campaign.

In stark contrast to traditional Republican rhetoric, Trump vowed during his acceptance speech in July — while also promising to bring jobs back to Ohio, Pennsylvania, New York, Michigan, and “all of America” — “I am not going to let companies move to other countries, firing their employees along the way, without consequences. Not going to happen anymore.”

Although such language makes trade experts and economists balk, that line in particular earned the approval of both Democratic (72%) and Republican (61%) voters who listened to the speech as part of a focus group. If you have been directly affected by the manufacturing layoffs, it may be tempting to assume that waving the tariff wand and putting the screws on American companies will bring about a manufacturing renaissance in the United States.

The reality is, as countless experts caution, far from that simple, threatening instead to severely disrupt U.S. manufacturers that rely on global supply chains.

One of the bleakest assessments by Moody’s Analytics maintains hitting China and Mexico with tariffs of 45% and 35%, respectively — and assuming they do not retaliate with the same rates — would cause two million American workers to lose their jobs, throw the country into recession, and lead to another 1.5 million jobs never being created that otherwise would have been.

Besides the global implications of a trade war, imposing high tariffs on China, to which the United States sold $116 billion of goods in 2016 (including aircraft parts, semiconductors and automobiles) could have far-reaching consequences on the health of our high-value industries if China decides to hit back.

The law of unintended consequences

The law of unintended consequences was on display when the U.S. Commerce Department in 2012 slapped anti-dumping duties on Chinese solar panels after SolarWorld AG charged below-cost Chinese imports cost hurt the company’s U.S. production. In response to the 78% duty, China hit U.S. producers of polycrystalline silicon, the raw material for photovoltaic cells, with 57% duties.

As a result, a fast-growing industry gearing up to meet demand from Chinese solar panel makers took a significant hit. Hemlock Semiconductor in 2014 abandoned construction of a $1.5 billion new silicon plant, while REC Silicon in Moses Lake, Wash., halted production this year.

REC Chief Legal Officer Francine Sullivan commented in Fortune, the “necessity and value in putting on tariffs to protect solar panels in the U.S. was just not thought through. We’ve suffered enormous financial damage as a result of this.”

As I reviewed a variety of opinions for this piece, I came across two quotes that offer valid yet widely different perspectives on the issue:

First, here is Scott Paul, president of the Alliance for American Manufacturing, in Fortune:

“I don’t think [Trump] does our issue any favors by being so incredibly jingoistic and bombastic. But I believe there is widespread agreement. … There is something amiss with our economic relationship with China, and it’s past time that our government pushes back a little more forcefully.”

Secondly, Doug Oberhelman, chairman and CEO of Caterpillar and president of Business Roundtable, who has described higher tariffs as “very dangerous,” told the New York Times:

“We are 5% of the world population. Ninety-five percent of our potential customers are elsewhere. We’ve got to learn and figure out how to deal with that.”

Regardless of which viewpoint coincides with your own, it is safe to say trade and trade agreements are enormously complex issues that hardly fit into the narrative of populist appeal. An outright trade war will benefit no one.

What is your take on this issue?