Digital and content marketing for the logistics and supply chain industries
Close
December 8, 2016 by Fronetics 0 comments 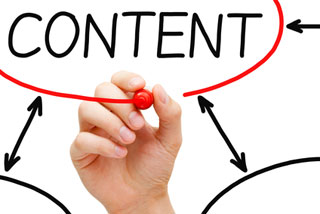 Is Your Marketing Strategy in Step with 2017’s Trends?

How 2 new developments have changed the world of marketing

The year 2017 is about to dawn, and with it marks a decade anniversary of the birth of two seismic changes in how people view the world around them. No doubt you’ve incorporated both of these changes into your daily life, but have you fully absorbed them into the way you conduct your business?

In supply chain and logistics businesses, the general answer is “no.” That’s a significant problem for a company’s long-term success, but it can be remedied.

Let’s look at the two world-changing phenomena, how rapidly they’ve reshaped the world, why they are crucial to your company, and steps you can take to fuse them into your business.

It was just 10 years ago that a new website poked its head up on the internet, offering to the general public an online social network so people could keep in contact with friends and family. Originally designed as a private forum for college and high school students to connect online, but its founders thought perhaps it might catch on with the public, too.

In late 2006, when Facebook opened its website to anyone who wanted to sign on, it saw its users soar by 33%, to 8 million. But that was barely a blip compared to the social and business marketing revolution it has created worldwide. Now over 1.8 billion people use Facebook, and hundreds of millions more use other social media channels that have sprung up in its wake — Twitter, LinkedIn, Snap, Instagram, and many others.

For businesses, social media has opened up an entirely new way to find and interact with customers. It’s changed the traditional ground rules of marketing and advertising. And it’s created a completely new and sophisticated tool — big data — that provides unprecedented amounts of information about customers and potential customers. That information is valuable.

A new phone dials in

The second revolution is now literally in the hands of one quarter of the world’s population.

Around the time Facebook launched, Apple came out with its first foray into the emerging field of cellular phones. The iPhone was an instant hit, selling a little over 1 million phones in its debut year, 2007. It combined the functions of a smart cellphone with intuitive ways to connect to the internet. Rival technologies quickly followed suit. Today, an estimated 2.6 billion people worldwide use a smartphone.

Mobile communication, via smartphones, is now the dominant way that people access the internet. About 55% of people use their phones to surf the web. And while a decade ago they spent less than 30 minutes per day using their phone’s functions, now it’s around 3 hours per day. Here’s another thing to consider — most people have their cellphones on their person during all their waking hours, and they check it over 100 times a day.

For businesses, having a mobile phone strategy and a well-managed mobile presence is absolutely essential. When it’s working at full throttle, it’s populating the social media apps that people are checking dozens of times per day. It’s providing compelling content that they want to read; it’s building up name-brand recognition; and it’s growing brand loyalty.

Every year the boundaries of social media and internet marketing get pushed. It is hard to find a consensus on what the dominant trend will be. Will Twitter dwindle and other social media platforms take its place? Some think that companies will need to be faster and smarter about creating content linked to whatever the hot topic of the day is. Others don’t see a dominate change on the horizon; instead incremental changes to what’s already online.

For supply chain and logistics companies that want to establish a foothold or build on an existing beachhead, the solutions lie in the new evolution of customer interaction, called content marketing.

The landscape changes ahead are hard to predict, but there are some reliable existing strategies to follow. Fronetics has put together a guide on how supply chain and logistics companies can formulate tactics to take advantage of the opportunities that a content marketing plan and a robust social media presence can create. Click below to download the guide.

Who knows what social innovations the next decade will spawn. If the past decade is any guide, another revolution is coming. Are you keeping pace?