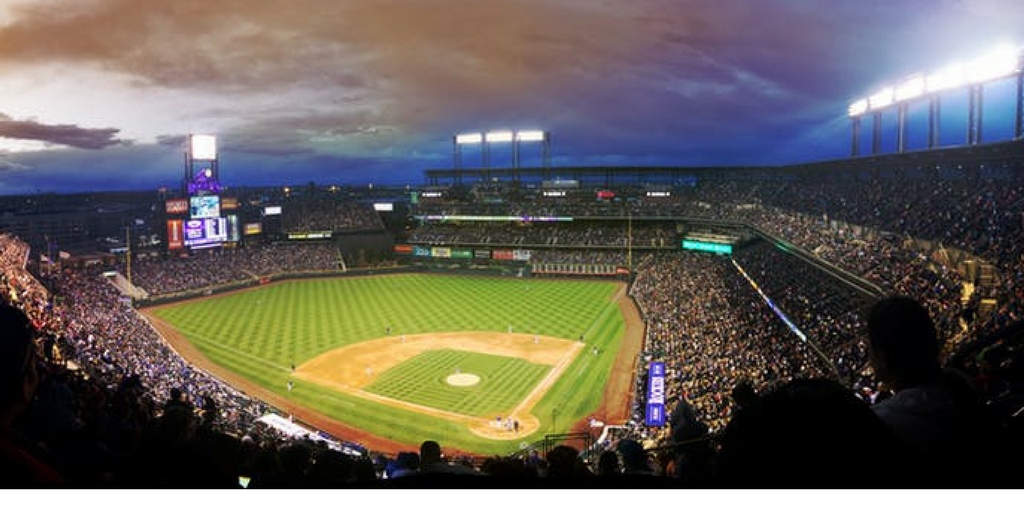 YouTube is Helping with Branding, LinkedIn is Creating Geofilters for Your Corporate Events, Facebook is Giving Out Background Details, and More Social Media News

Also in October’s 2017 social media news: Vimeo is getting in the live streaming game, Instagram doubles its ad dollars, and YouTube will be taking over America’s favorite past time.

While the fall season has many of us wrapped up in blankets with flavored lattes, social media sites are spicing things up in lots of other ways.

Shopping for the holidays just got easier thanks to Instagram. YouTube is taking over Major League Baseball. Twitter is making those Throwback Thursdays way more convenient. And Facebook wants us all to know you can’t judge a book by its cover.

Instagram is teaming with Shopify to create the capability for brands and retailers to sell products directly from their Instagram accounts. Shoppers will be able to click on the experimental tagging links and purchase products directly through the app. Instagram is working overtime to have 500,000 retailers available for the upcoming holiday season, including Black Friday and Cyber Monday. “Discovery is at the heart of the Instagram experience. Together with Shopify, we are enabling new ways to turn discovery into exploration, allowing Instagrammers to find new things from brands they love and businesses to find opportunities to build relationships with these valuable customers,” Instagram said.

YouTube is working overtime to promote its live TV service by becoming the presenting sponsor of the MLB World Series. Kelly Merryman, YouTube’s managing director of content partnerships in America, said in a statement that the deal serves to underscore the kinds of popular sporting events that are available on YouTube TV. The multi-tiered deal serves as the first national ad campaign for the video platform and will include national TV ads, on-air mentions during each game, in-stadium branding, and more.

LinkedIn is testing the ability for users to tag events and conferences with location-based filters, taking a page from Snapchat. As part of the platform’s new native video tools, LinkedIn is giving conference attendees the opportunity to add dedicated event frames to the videos they create while attending such functions. The illustrations are styled like conference badges, with the user’s profile photo in the right-hand corner. The badges also indicate the user’s role (such as a speaker, panel member, or attendee).

Facebook is experimenting with adding a publisher-information button to articles shared in your News Feed that will provide additional information about the author and context around the article without having to navigate away from the site. The test was born out of feedback from the Facebook Journalism Project, which the ‘Book launched to ensure the credibility of content shared by its users . By creating transparency around publishers and their content, Facebook says its helping users to make more informed decisions. “Helping people access this important contextual information can help them evaluate if articles are from a publisher they trust, and if the story itself is credible,” wrote Facebook.

Twitter has announced its plan to add a new bookmarking tool to its app. The “Save for Later” tool will allow users to save a tweet to read later on. The feature’s impending launch was first unveiled on Twitter itself, naturally, when Head of Product Keith Coleman announced that a new way to save tweets was in the works as a result of a company HackWeek project dubbed #SaveForLater.

After acquiring Lifestream, Vimeo is launching its own live-streaming platform called Vimeo Live. The new platform will allow users the ability to create, edit and distribute live events. The paid membership is promoting better viewer engagement, speedy support, and in-depth analytics to track your progress.

Instagram is having a pretty good year. It has reached over 800 million monthly users, with 500 million daily active users. This is a 100-million-user increase since April. And the platform’s growth doesn’t stop there. Instagram also reported it has 2 million advertisers. “Time spent watching video on Instagram is up more than 80% year over year, while the number of videos produced per day has increased by 4x from last year. With the emergence of innovative mobile video formats, like Instagram Stories, business are finding more opportunities to connect with their audiences, whether on the go or in the moment,” wrote the Instagram Business Team on its Business Blog.

YouTube is making it easier for advertisers to get in front of their target audiences. Marketers can now reach potential customers based on their searches and the videos they’re already watching with four new ad tech tools:

The video site is hoping to make it easier to create a relationship between what advertisers have to offer and the people that are interested in those offers.