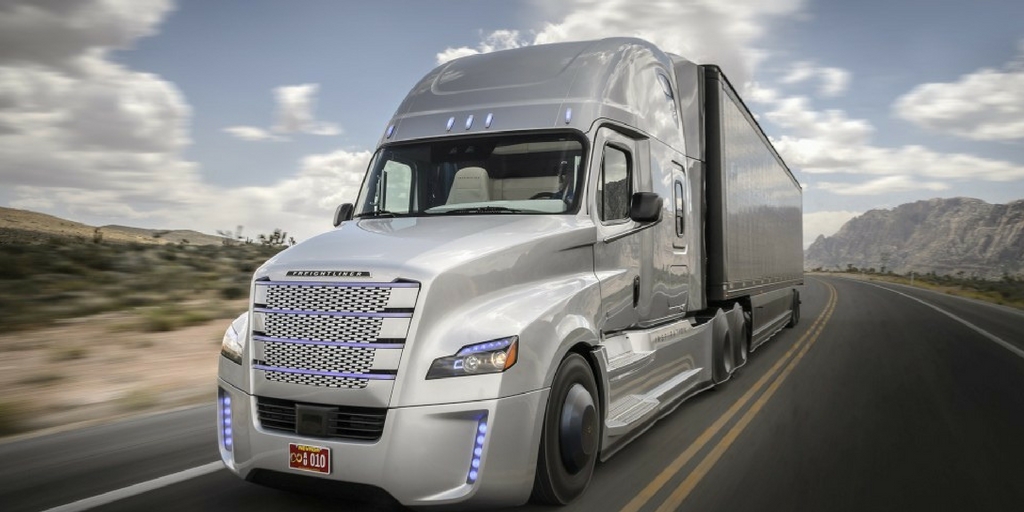 The Self-Driving-Truck Race is On, But Which Strategy Will Prevail?

Startups and transportation juggernauts alike are entering the race toward the self-driving truck, but no two strategies look alike.

There will come a time in the not-so-distant future when — instead of using a CB radio to communicate with a freight driver — you will use a line of code. A recent study conducted by the White House concluded that at least 80% of trucking jobs will be lost to automated technology.

Companies such as Otto (Uber’s robot division), along with start-ups Starsky Robotics, Embark, and Drive.ai are championing the cause of self-driving trucks. These companies are hoping to capitalize on an industry that needs revitalization. With a shortage of about 75,000 jobs and a turnover rate that tops 90%, the current climate is ripe for change.

Trucking is a $700+ billion industry, with about a third of the costs going to driver compensation. It stands to reason that there is serious incentive to get this technology rolling out onto the highways, removing the need for drivers. However, so far, most plans don’t seem to involve going cold turkey.

Starsky Robotics, while not looking to do away with drivers, wants to remove them from the trucks. Starsky’s trucks will be completely autonomous on the highway. Upon exiting, the job will be turned over to trained experts that remotely guide the trucks to their final destinations. Starsky believes by bringing the drivers off the road, and into offices, freights will run more efficiently and on time, while not putting undo stress onto drivers.

While the competition focuses on long-haul trucking, Drive.ai has begun testing automated freight services on around-town delivery vehicles, which it feels is an easier way to introduce its technology. The company says it is developing software to control trucks using a small computer that “learns” how to drive, rather than using complex computers programmed with every conceivable move the vehicle could make.

Bumps in the road

While testing is underway for many of these technologies, not every course has proved smooth sailing. Most notably, Waymo, Google’s self-driving car project, has filed a lawsuit against Uber, accusing the company of using trade secrets taken by Anthony Levandowski, after he left Waymo to found Otto.

Currently, it’s unclear which company will emerge as the leader in the race to automated trucking. What is apparent, though, is there’s no putting the genie back in the bottle.

Automation technology is only becoming more prevalent. With the trucking industry in its current state, it’s only a matter of time before self-driving trucks become the norm.