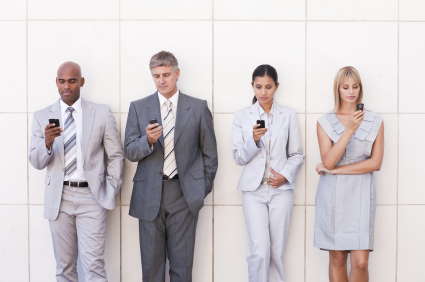 When is the last time you sat in a waiting room or on a bus without people staring down into their phones or tablets? Do you remember your first, or second, or third television, radio, computer, or phone? Can you recall how you disposed of them?

The Consumer Electronics world is exploding. It’s growing, and expanding into new global markets such as Central & South America and Africa. Expectations are that growth will continue in the coming year. As stated in a recent article in the Wall Street Journal, “About 1.3 billion smartphones were sold worldwide in 2014, up 28 percent from 2013, and another 1.5 billion are expected to be sold this year, according to research firm IDC.”

Years ago the non-fiction writer, Doug Bauer, wrote an interesting article forThe New York Times in which he followed a t-shirt a woman donated to the Salvation Army in New York City all the way to Uganda. It makes one ponder what it is that happens to our old or unwanted things. Your current television most likely looks very different from one from your childhood. Where did that old, bulky relic go? Surely something like that wouldn’t end up in Uganda (donated or not) but if not donated, where did end up? Was it stripped for parts? Did it end up in a junk pile somewhere?

In 2013 Walmart reported that they processed $264 billion worth of returned merchandise, or roughly 9 percent of total sales. Sometimes goods go one or several steps back in the supply chain if they are damaged, defective, or unwanted. We simply return them. Sometimes items satisfy us until they no longer function or until a newer, sleeker version arrives. This is the world of reverse logistics, and in the consumer electronics industry, it’s a booming business.

As reported in the WSJ, companies now spend an average of 8 percent to 10 percent of revenue maintaining reverse supply-chain functions, according to Linda Li, vice president at a Hong Kong-based Li Tong Group. The new outlet reports that her company, “is hired by contract manufacturers and vendors of electronics and equipment to collect some 200,000 metric tons of e-waste a year to be destroyed.” In an industry where regulations are ever-evolving as environmental, health, privacy, and ethical concerns evolve, disposing of “retired” or “unwanted” assets is no small task.

Although many companies hire contractors to deal with reverse logistics, some realize the value in the complicated work and are managing it in-house through “take-back” programs. One such successful program is through Best Buy, who share their top 5 pillars to setting up in-house buy back programs at greenbiz.com.

With cell phones and tablets, the top selling consumer electronic devices, breaking sales records, it’s no wonder that there needs to be consideration of what will come of the devices. There is more inventory than ever to choose from, and the product development of these devices move at incredibly high speeds. Often we think of the products themselves, but what about the infrastructure that supports these devices – the servers and the towers – or the devices that connect with the products – the chargers and the printers? What might come of them? Many in the logistics world have been preparing for years for the return or retirement of consumer electronics, but can we keep up with the pace of production? There are many rules, regulations, and ethical reasons that indicate we must.