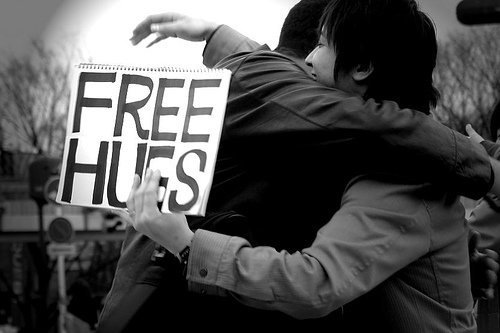 The personal touch is becoming more and more important. People in banks, on college campuses, consumers – they don’t want to be a number or part of a massive, general group. They want to be individuals, who are treated with care. More than ever consumers want a personalized approach from companies.

Marketing is moving away from, as Tech Crunch puts it, the “impression centric paradigm” in which the cost of media drives a campaign, to a “user-centric paradigm” in which the consumer, at the point of contact with product, is fully considered by marketers. How does this happen? According to the tech website, “This requires comingling companies’ own data (first-party data) with data generated by their marketing partners (third-party data). As these disparate data sets are aggregated and cleansed, it becomes possible to generate rich profiles on each individual user.”

The advertising that always makes the year-end top 10 lists are either funny, or moving, and most often quite personal. The Social Media Examiner recently ran a fascinating, well-researched, and thought-provoking article about how to improve social media marketing results. Most of their top suggestions involve making campaigns more personal.

People prefer engaging, personal, narrative stories over pure stats to which they have no connection. People like an emotional hook. The Social Media Examiner points to a Guinness commercial named Empty Chair, as a perfect example. The campaign starts with a mysterious narrative involving a female bartender leaving a pint of the frothy stout at an empty bar table day after day. No customers are allowed to sit there or drink the drink. The visual action is highlighted by emotion-provoking music and background noise, but the bartender never speaks of the mysterious pint. The viewer’s curiosity grows until one day a soldier walks in, receives a stoic nod from the bartender (which the viewer knows is covering up an emotional interior) to grab that pint that has always been waiting for him. The viewer is finally let in on the story, and it’s a good one.

A more recent commercial pulling on the heartstrings of consumers is the new ad by German supermarket giant, Edeka, about how to reprioritize the holidays. The ad features an old man who lives alone, and is left to fend for himself year after year as his grown children live their successful, busy lives elsewhere. A surprise twist brings them all together, and deposits a big lump in the viewer’s throat, if not a few tears.

According to the Social Media Examiner, “Your social media content can impress your audience and be more memorable if you share a personal experience; whether it‘s your own or someone else‘s. By creating a journey with a resolution, you can make an emotional impact on your viewers.”

These emotional, personal narratives that make the viewer feel understood, aren’t the only things that reach potential clients. Peer pressure works in marketing, too. Friend recommendations mean everything to people, and keeping up with neighbors does, too, apparently: “…a 2008 study involved hanging public-service messages on residents’ doors, asking them to use fans instead of air conditioning. Results found that telling a group that 77% of their neighbors were using fans was more effective than mentioning residents could save $54 a month.”